When Transparency Is Another Smokescreen

“David: This week we’ll publish our customer magazine, with performance targets, and actual performance by line of route, so much more granular information as opposed to a target for Southeastern overall.” 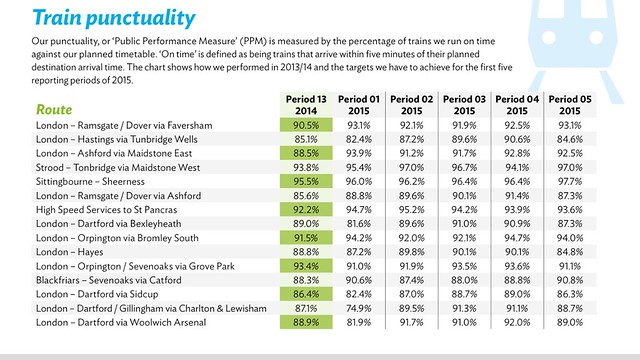 Today Mike Pellatt (@mpellatt) tweeted me to say it hard turned into this: 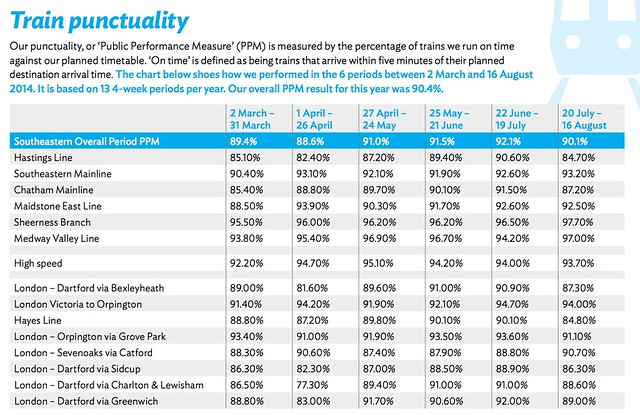 It seems the ‘targets’ that were published were merely ‘past performance’ with the wrong column headers. The variance in numbers may be rounding errors/corrections that happened since the original table was put together.

So, not really transparent?

No, of course not, did we expect any different from the new franchise?

What do we know now then?

The new Southeastern MD had on many occasions during the hour session on BBC Radio Kent that they will be transparent. They haven’t. They’ve replaced the previous table without any word of apology.

What do we know about new performance targets?

Same as we knew before.

Southeastern haven’t been open about their new performance targets.

They haven’t published them.

We’re as in the dark as before - the Department for Transport, and Southeastern, working together to ensure that us, the fare paying commuter, have as little information to go on as possible.

I’ve emailed David Statham, Southeastern MD, directly for comment and if he gets back to me, I will summarise his response here.