Bus Cavalcade - The Year Of The Bus

On Sunday 22nd June 2014, Regent Street had one of its many Sunday road closures - to allow shoppers to have a traffic free day, whilst also providing some sort of entertainment and interesting events.

For this Sunday, apart from 48 buses (and some supporting vehicles), Regent Street was traffic free! Despite having to get a bus replacement service to Slade Green as some work was being done on Dartford Station (they tore down the old temporary station), I went into London.

Remember - Dartford Bus station is having an open day on Sunday 7th September, I’ll hopefully see some of you there! 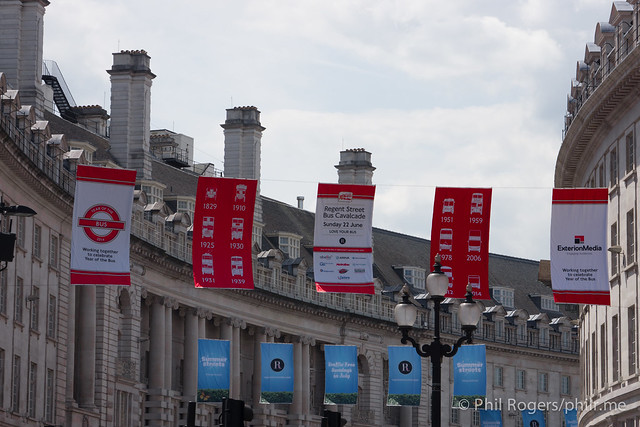 I’ve taken the descriptions of each bus from the TfL leaflet that was handed out at the event - which gives you some background into what the bus is, and a little bit of history. 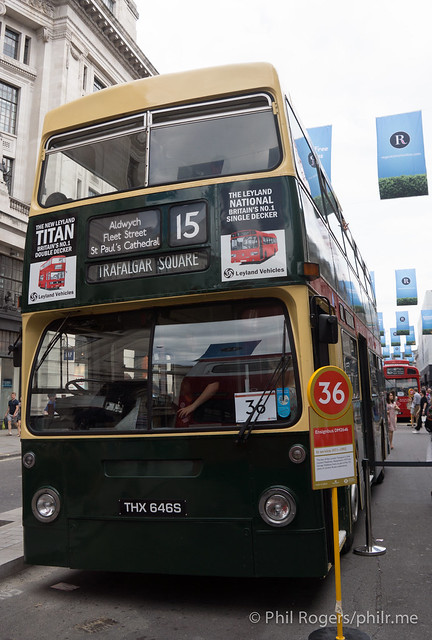 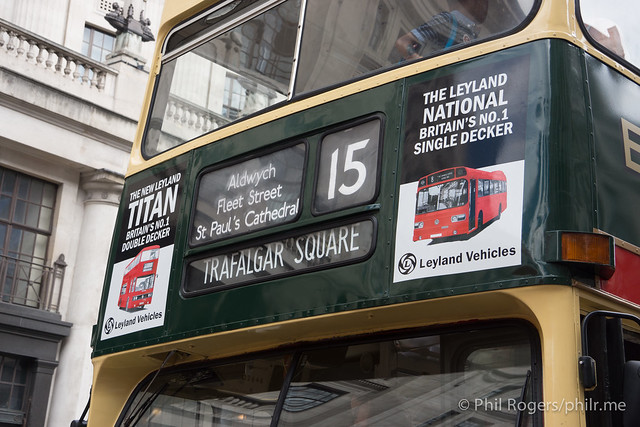 Look! an advert for the Titan that largely replaced these buses. I preferred the 15 bus route when it ran as a Routemaster… 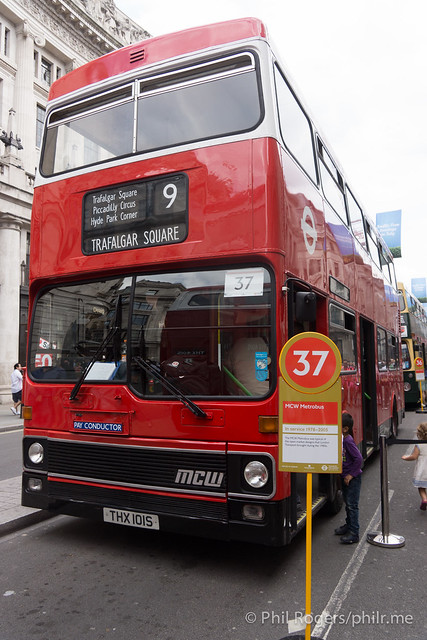 In service 1978-2005: The MCW Metrobus was typical of the open market designs that LT brought during the 1980s

I never really liked this bus, it was way too blocky for me. I was more of Titan boy as a child…

On the front you can see the blue ‘Pay Conductor’ sign, these changed depending on whether or not the bus ran driver-only, or as a two-man crew. I don’t think anyone paid much attention to it though. 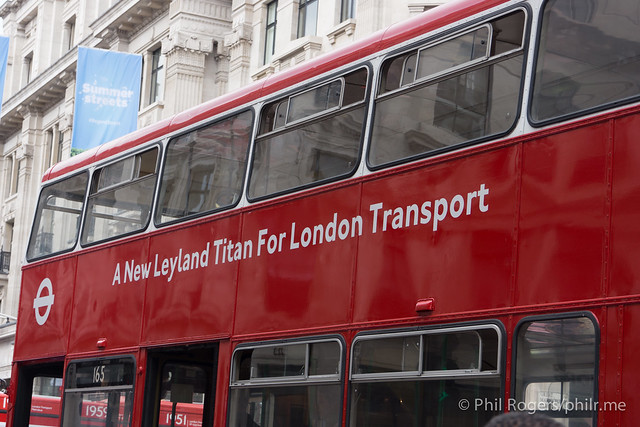 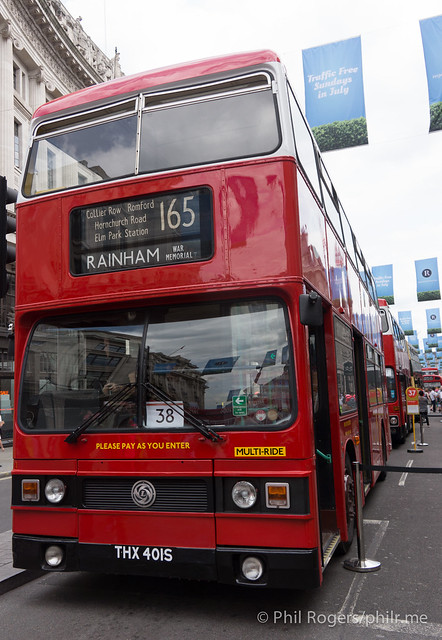 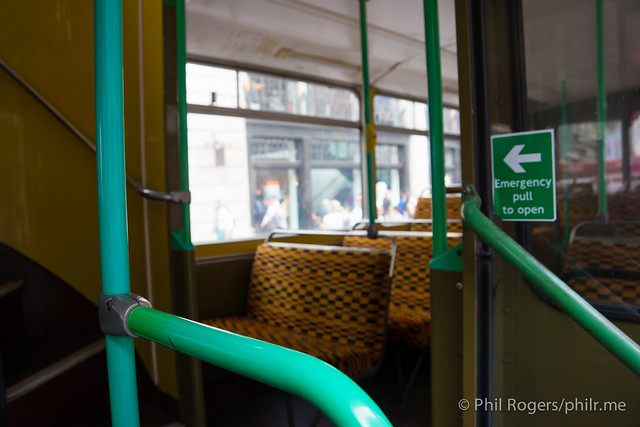 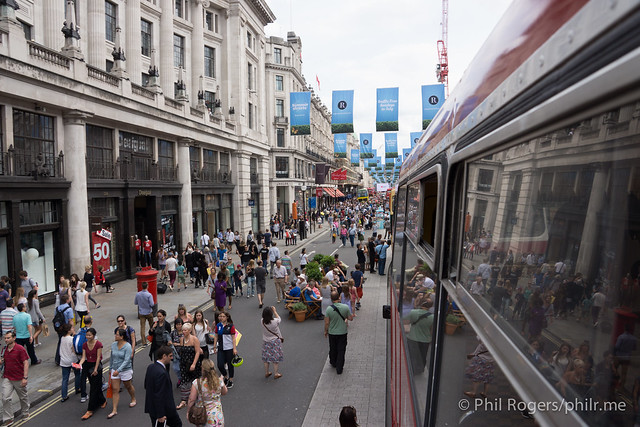 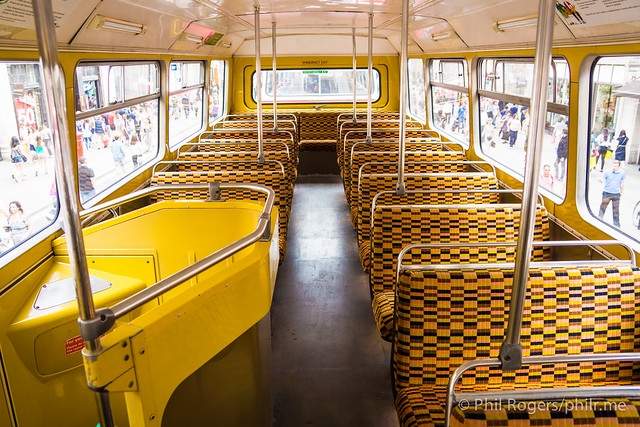 In service 1978-2002: A front-entrance driver-only double-decker. More than a thousand entered service.

Plus it was one of the first to get the distinctive 1978 Misha Black moquette, which was also used on the District Line trains at the time. Basically, the moquette that I grew up with.

To complete my collection of Moquette, I picked up that final cushion at the LT Museum shop on the way home. 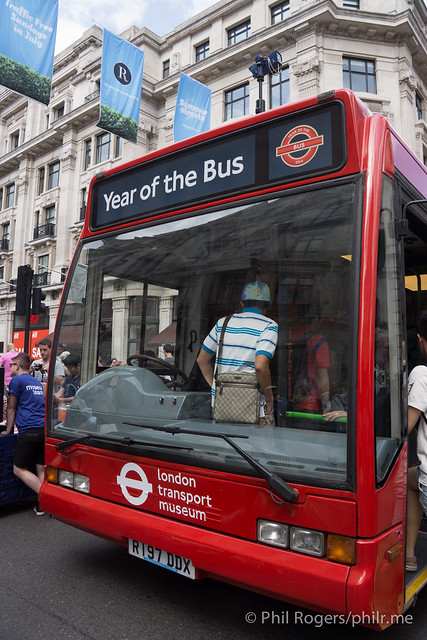 It’s at around this time I got a bit bored, the buses of today, yeah, blahblahblah, I see them every day - apart from t his one that only was in service for 5 years. 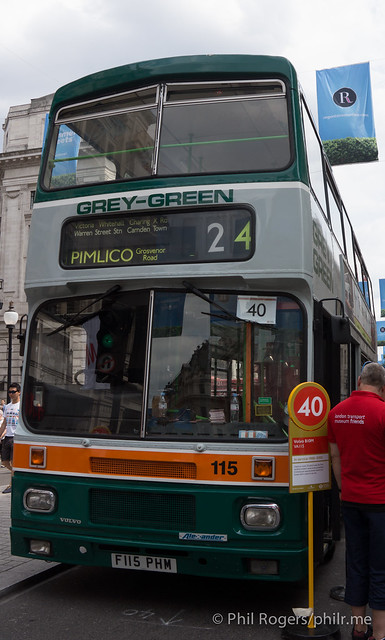 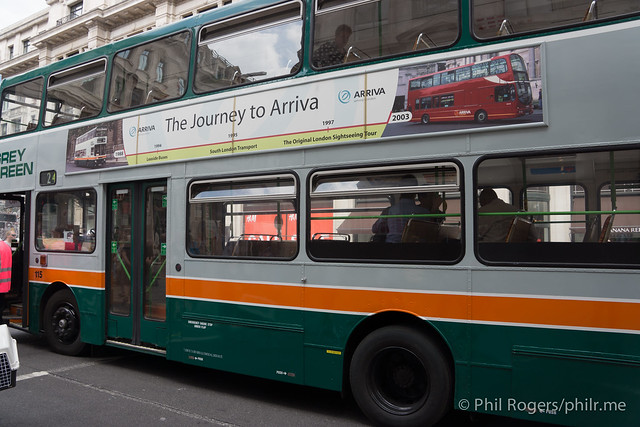 In service 1988-2005: Used on route 24 which was the first central London route to be privatised. Contractual requirements meant the buses didn’t need to be red.

OK, a little moment of nostalgia here. I used to take this bus to work at Savacentre during my late teenage years. I always thought it a little odd that it wasn’t red, but accepted travelcards etc. 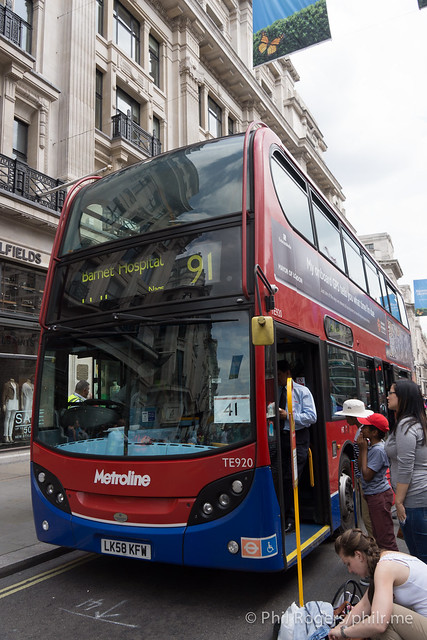 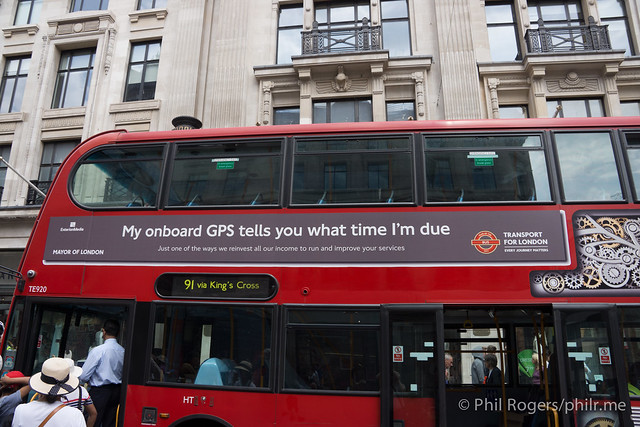 In service 2010-present: The hybrid Enviro400H evolved from the company’s double-deckers, which had been serving London since the turn of the millennium. 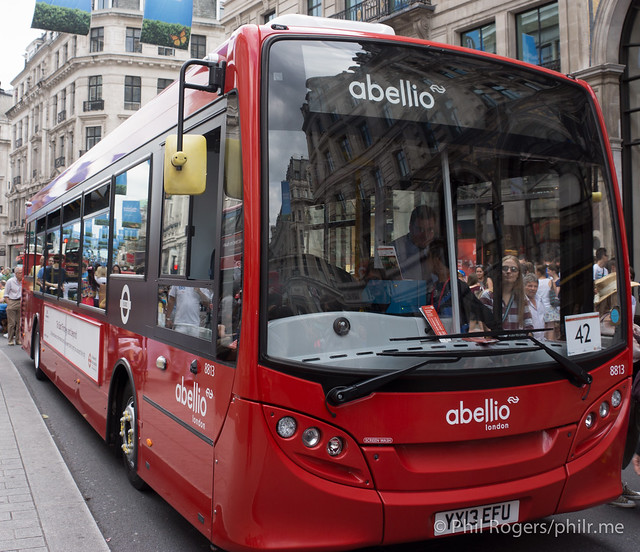 In service 2010-present: A hybrid-electric version of the Enviro200. The hybrid technology helps to lower fuel consumption and emissions by 30% 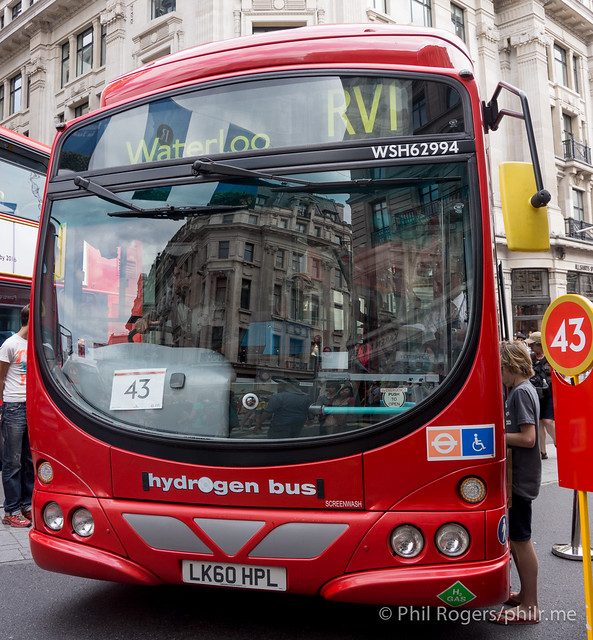 In service 2010-present: Following a trial with hydrogen buses in 2004, TfL began operating eight zero-emission buses on the RV1 route on a permanent basis. 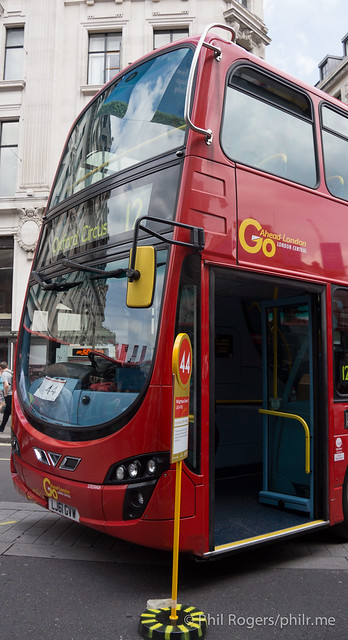 In service 2009-present: The Gemini has been one of London’s staple buses for the early twenty-first century; hybrid versions were among the world’s first. 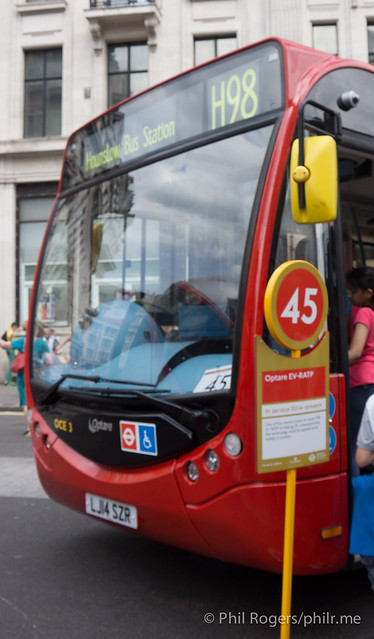 In service 2014-present: One of four electric buses on route H98. EV-RATP is helping TfL understand how the technology could be applied more widely in London. 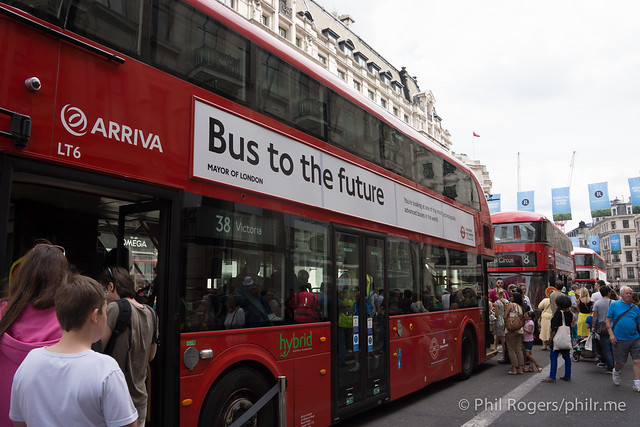 In service 2012-present: It is the first bus since its 1959 predecessor to have been expressly designed around Londoners’ requirements. Thomas Heatherwick’s stylish design has been seen as a return to quality values in public transport. More than 600 New Routemasters will enter passenger service by 2016. It promises to recapture the hearts of the travelling public, as well as reducing harmful emissions by 40% in comparison to a standard bus, thanks to its innovative series-hybrid propulsion system. 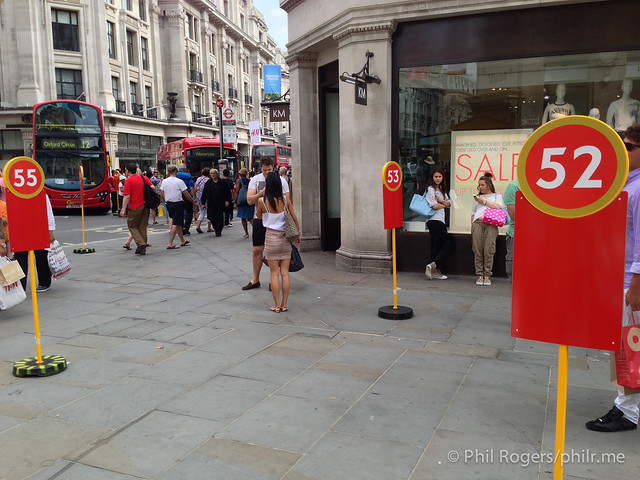 They didn’t turn up! I wonder where the bendy bus was too…maybe our current London Mayor doesn’t like that one, hence why 3 of his favourite buses filled the last slots…

Quite costly day out for some buses 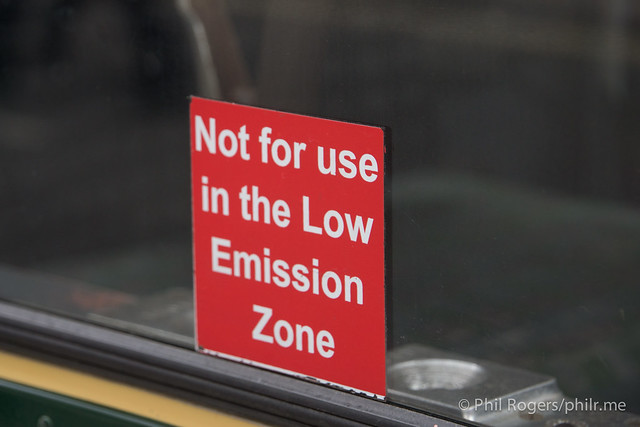 They had to pay the penalty for their high emissions, no doubt…